Dealing with the State Government – experiences that remind me of Peter Finch (the newsreader) in the (1976) film, Network 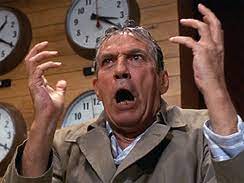 .. but for me the cause is being ignored by the State Government; watching it plunder our open green space – even worse, watching our community being taken for granted and our assets trashed.

One of the things COVID taught us is how much we need to value our open spaces—a crucial public amenity where people can relax, exercise, play and enjoy the natural environment and in North Sydney we have just about the lowest ration of open green space to residents compared to any city local government area.

We are under attack by the State Government – eight examples 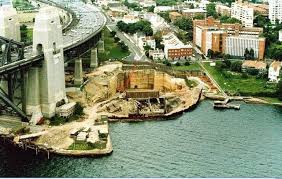 In 1987 the State Government legislated to take ownership of the Southern end of Bradfield Park to facilitate the building of the tunnel – the land was to be returned on completion. The land remains to be returned to North Sydney Council. 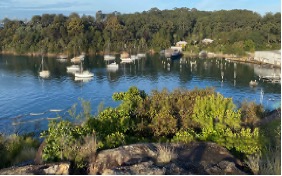 Second there’s Berrys Bay – back in 2017 our Premier undertook to make the land on the western side of Berrys Bay available to our community. A month later, the Member for North Shore (F Wilson) spoke in support of the Premier’s undertaking – in her maiden speech.

The State Government is still talking about it – not delivering! 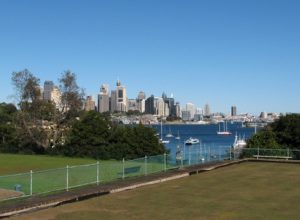 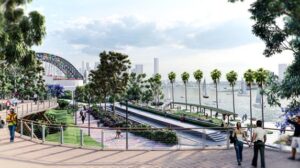 Fourth – the Sydney Harbour HighLine (walkway from Waverton to Lavender Bay) was promised by the Premier in 2017 following the recommendations of the very Committee she set up that was chaired by Felicity Wilson. 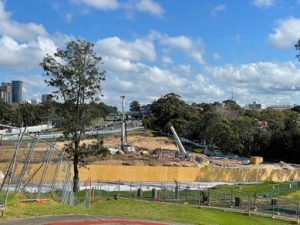 Another loss to the needs of the Western Harbour and Beaches’ tunnels and the Warringah Freeway expansion.

Another tree eradication program brought to us by the State Government 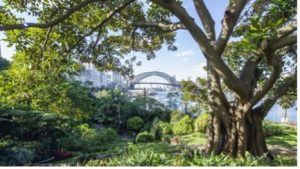 The best the Government has been prepared to do is grant a lease for 30 years (with an option) – unless something is done at the end of the lease the Garden can be claimed by the Metropolitan Land Council.

We need a State Government that’s prepared to protect it for ever.

The State Government is confronted with a problem – how to get bikes up to and down from the cycleway on the Sydney Harbour Bridge.

It has options – both meet the design standards for bike ramps 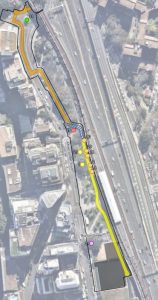 Which one do you think the State Government has chosen
• the one that hardly interferes with Bradfield Park or
• the one that runs through the park and across the entrance to the railway station (aptly described as a scar across our Mona Lisa) and sees the removal of trees and parking spaces?

The solution put forward by the community 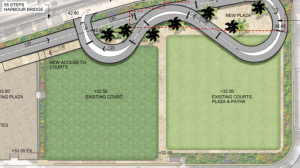 The time has come to push back against the State Government and our local member at every opportunity.

Our attempts to work with the State Government have yielded not a brass razoo and cost our community a lot of open green space.

Time to write to our State representative, Felicity Wilson, and tell her what you think about her performance. 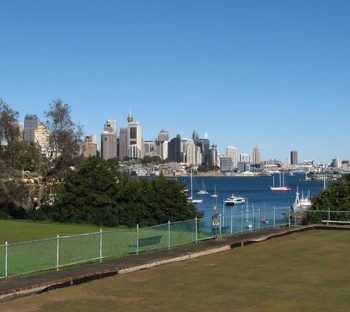