The State Government is planning to build a cycleway through iconic Bradfield Park at Milsons Point.

Now the State Government plans to reduce our open green space by building a cycleway on Bradfield Park (not to mention the loss of Cammeray golf course to the Western Harbour and Beaches’ tunnels).

The State Government’s own data shows the number of cyclists going to and from the Harbour Bridge: 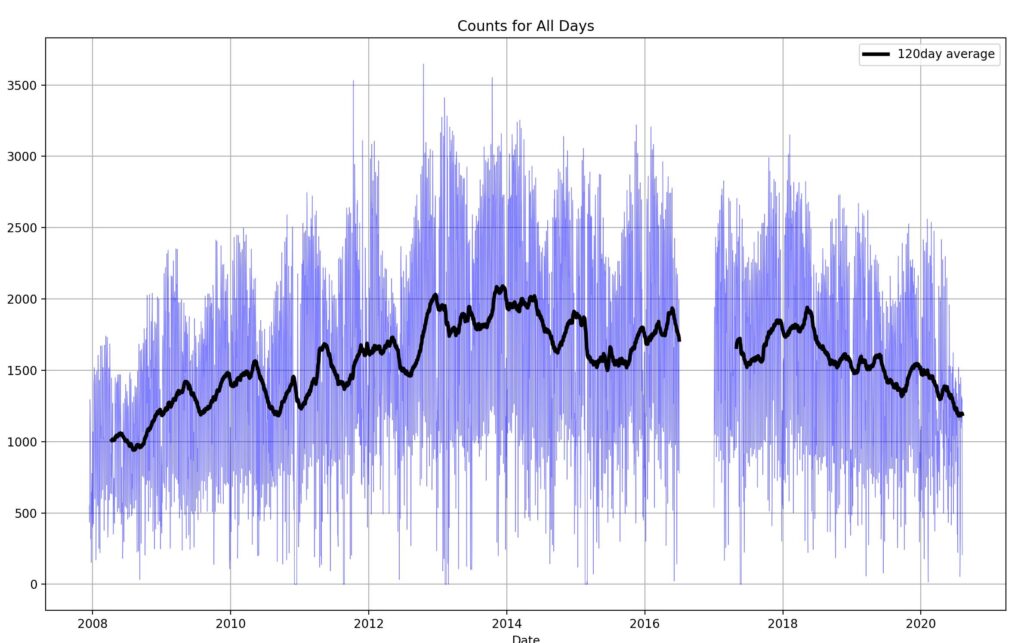 The black line is the 4-month average.

So, what’s the daily average of cycle trips today?

Why build a cycleway on Bradfield Park to cater for a falling number of users?

The State Government is set on building the cycleway (budgeted in 2016 to cost $20m) to cater for decreasing bike numbers and also destroy valuable open green space.

Perhaps the time has come to allow pedestrians to again use /share the walkway on the western side of the Bridge, presently reserved for the exclusive use of cyclists. Let’s trial by sharing on weekends when there are fewer cyclists.

Newsletter 34 -  The HighLine and the TAHE