There’s a lot of talk about the cost of North Sydney Olympic Pool (NSOP) rebuild and what it might cost – nothing like getting the facts sorted first.

North Sydney Olympic Pool was originally built in 1936; it has three major elements: 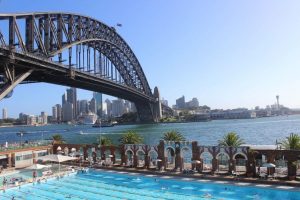 The NSOP rebuild has been under consideration since 2013. Council is fortunate to have retained “corporate knowledge” with respect to the pool with:

Understanding what our community expected of the redevelopment

2008 the “Olympic Pool” was lined with a PVC membrane in large measure to reduce or eliminate the leakage which was causing the corrosion of the pool walls. The membrane had a design life of 10 years. In 2008 it was reported: 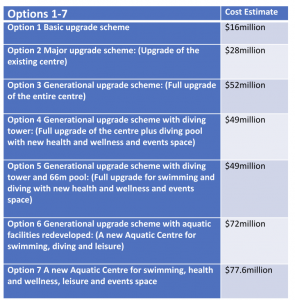 Choosing an option most in line with our community’s wants and our Council’s ability to fund.

Keeping the pool as an amenity in North Sydney was always a paramount concern. It won’t surprise to learn that every significant decision taken by Council was based on or guided by reports from consultants with expertise in the areas reported on.

Having determined that funding was available and decided to go forward with option, the tasks that then lay ahead were:

The construction contract is based on AS4000-1997 with amendments (e.g. expanded contractor’s warranties and a clear obligation on the contractor to inform itself) aligning the provisions with the scope of the project and that better protected Council.

A Committee was formed by Council (I was a member) to oversee the preparation of the contract.

Essentially the contract provided for a price for the work scoped (in the design and associated specifications) and allowed for variations for work not within the scope and movements in costs of materials.

The tender process was subjected to a probity review.

The drivers for variations are changes in input costs (e.g. steel), changes to scope and lost time:

The construction contract is valued at $53.5 million. Council has allowed for an overall final budget of $63.9 million, which includes the design and development costs, legal and specialist consultancies, project management for the balance of the project and an allowance for contingencies that may arise during construction.

At end 2021 approved variations are, given the size of the project, small – less than $200,000. Unapproved claims for variations (at values attributed by council) were within the amount allowed for contingencies.

Claims for variations are inevitable – the task is to vet them to ensure that they are for value and determine if they are to be accepted or rejected under the terms of the contract. This vetting process is in full sway now. 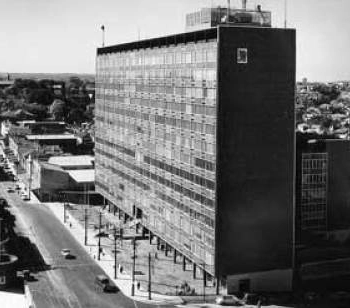 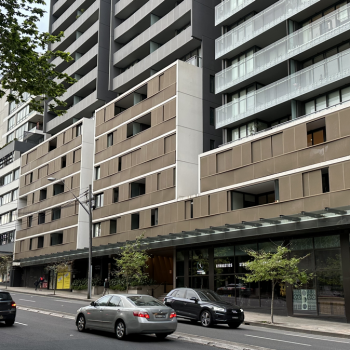